This week we went to visit artist Linder’s Public Art on the Underground commission, which has transformed Southwark station.

The stifling, over-crowded London Underground is perhaps the last place you might expect to find a sanctuary of pleasure, yet Linder Sterling’s new installation, ‘The Bower of Bliss’ aims to transform Southwark Station into just that, enveloping 85 metres of Southwark Station at street-level with collaged images of parted lips and flowering blossoms.

Linder has spent four months as Southwark’s Artist in Residence, mapping and researching the history and fables of women in the borough, from Londinium sex workers in AD 43 to a young Caribbean woman learning to drive a bus. The effect is at once tranquil and unsettling. On one side of the entrance, a woman in a war-time uniform looks out serenely and raises her hand in surrender. On the other side, faces distorted in pain or pleasure are re-skinned in fleshy, vibrant flowers. 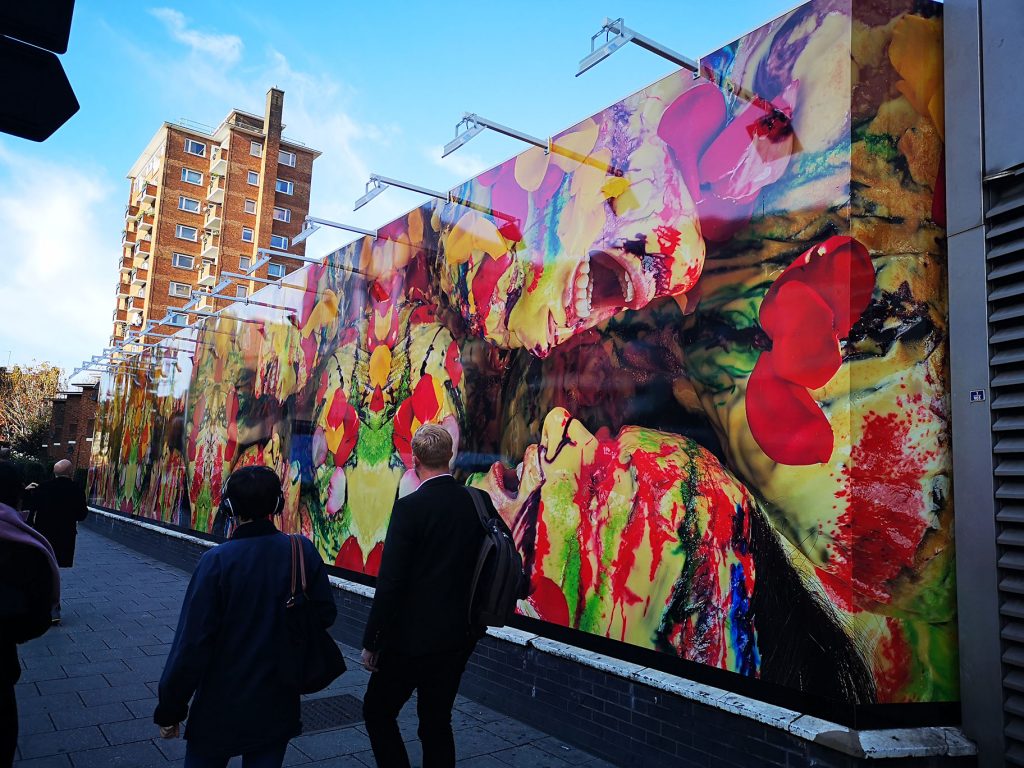 The Bower of Bliss, Linder, Southwark station, 2018. Commissioned by Art on the Underground. Photo by Nia Shaw.

‘The Bower of Bliss’ is a pertinent and timely feminist statement. 2018 marks 100 years since women won the right to vote in the UK. It has also been the year that a wave of sexual harassment allegations across multiple industries have been unearthed. The effects of the heightened political narrative around women’s rights and lives can be felt in Linder’s latest work. 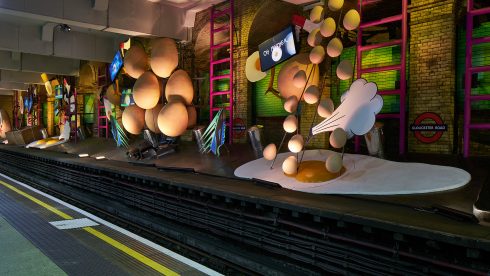 Linder is one in an array of emerging and celebrated women artists commissioned by Art on the Underground for their 2018 programme to commemorate The Representation of the People Act, which enabled women over 30 in the UK to vote for the first time. This historic moment has also been a focus for us at Artichoke this year. As part of PROCESSIONS, we invited one hundred women artists to work with communities and organisations across the UK to create banners inspired by those carried by the Suffragettes one hundred years ago. On Sunday 10th June 2018, women, girls, those who identify as women and non-binary people in Cardiff, Belfast, Edinburgh and London walked together through the streets carrying these banners in one mass participatory artwork. 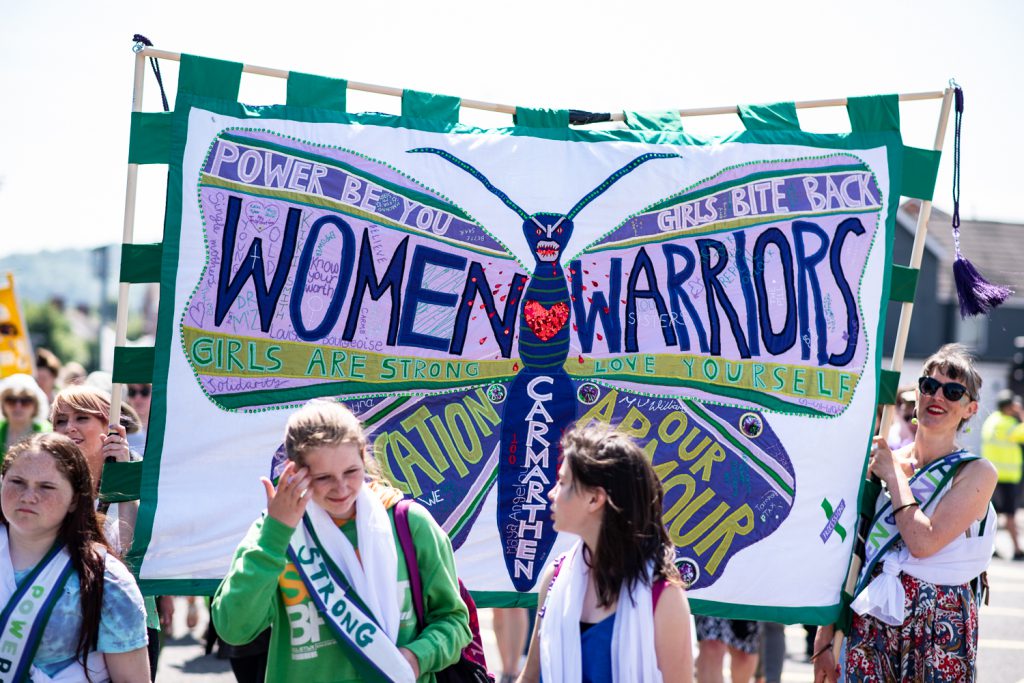 Like each of our Artichoke events, the infiltration of unsuspecting audiences is something that fascinates Linder and with 16.7 million journeys made through Southwark each year, ‘The Bower of Bliss’ will be seen by millions. In order to avoid the installation becoming just another repetitive poster blending into the hurried commuter background, over the next 12 months Linder will change the images in the artwork, sometimes subtly and sometimes quite drastically in response to events in Southwark, Britain and the wider world. Keep your eyes peeled to see its transformation throughout the year. Similarly, the banners created by thousands of you in June for PROCESSIONS are continuing to evolve and there are plans for future exhibitions all over the UK. 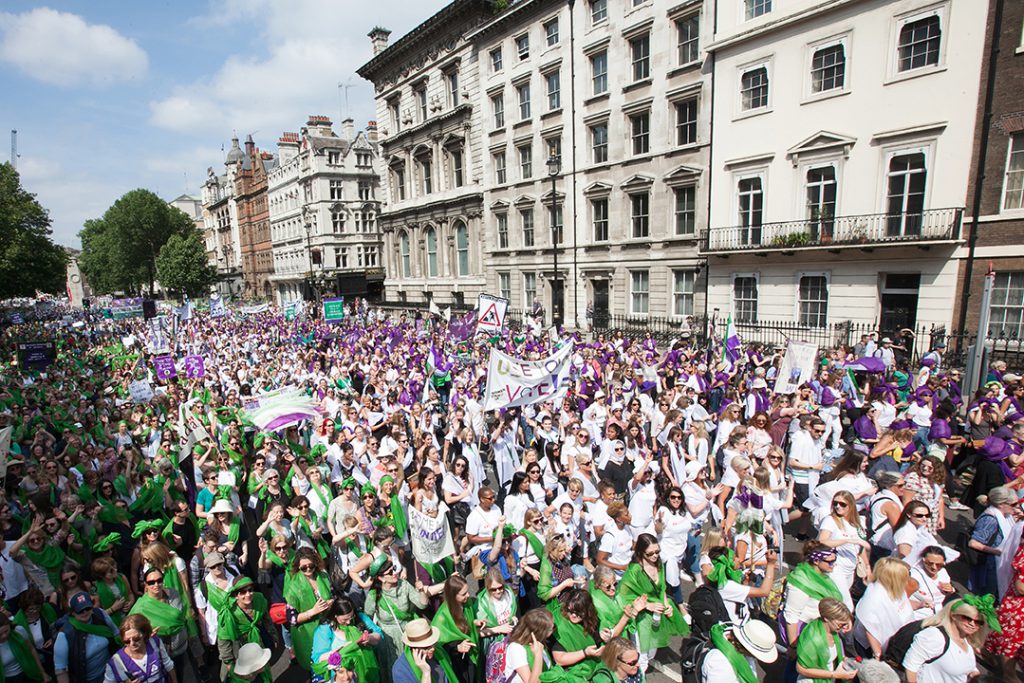