During the summer of London 2012, something extraordinary happened

Eight murmuring, glowing encampments appeared simultaneously at some of the UK’s most beautiful and remote coastal locations, from County Antrim to the tip of Cornwall, from the Isle of Lewis to the Sussex cliffs. Designed to be visited between dusk and dawn, Peace Camp was a poignant exploration of love poetry and a celebration of the extraordinary variety and beauty of our coastline.

Alongside the live installations, the project also painted an oral portrait of the nation online. The people of the UK were asked to nominate and record their favourite love poems and submit their own messages. The collection was archived with the British Library, an anthology that celebrates our languages, dialects and accents as well as our rich poetic tradition.

Peace Camp was co-commissioned by London 2012 Festival and Derry~Londonderry City of Culture 2013.

As the pandemic struck and lockdown loomed, we thought about how we could make a work that transcended our confined existence and take us to another time and place. We approached composer Mel Mercier to work with us on a new edition of his mesmerising soundscape originally made for Peace Camp.

Featuring an ever-shifting tapestry of love poetry from across the centuries interweaved with natural sound and recorded in the five languages of our islands, this immersive new recording transports listeners to a sonic landscape where for 60 meditative minutes the world holds still. 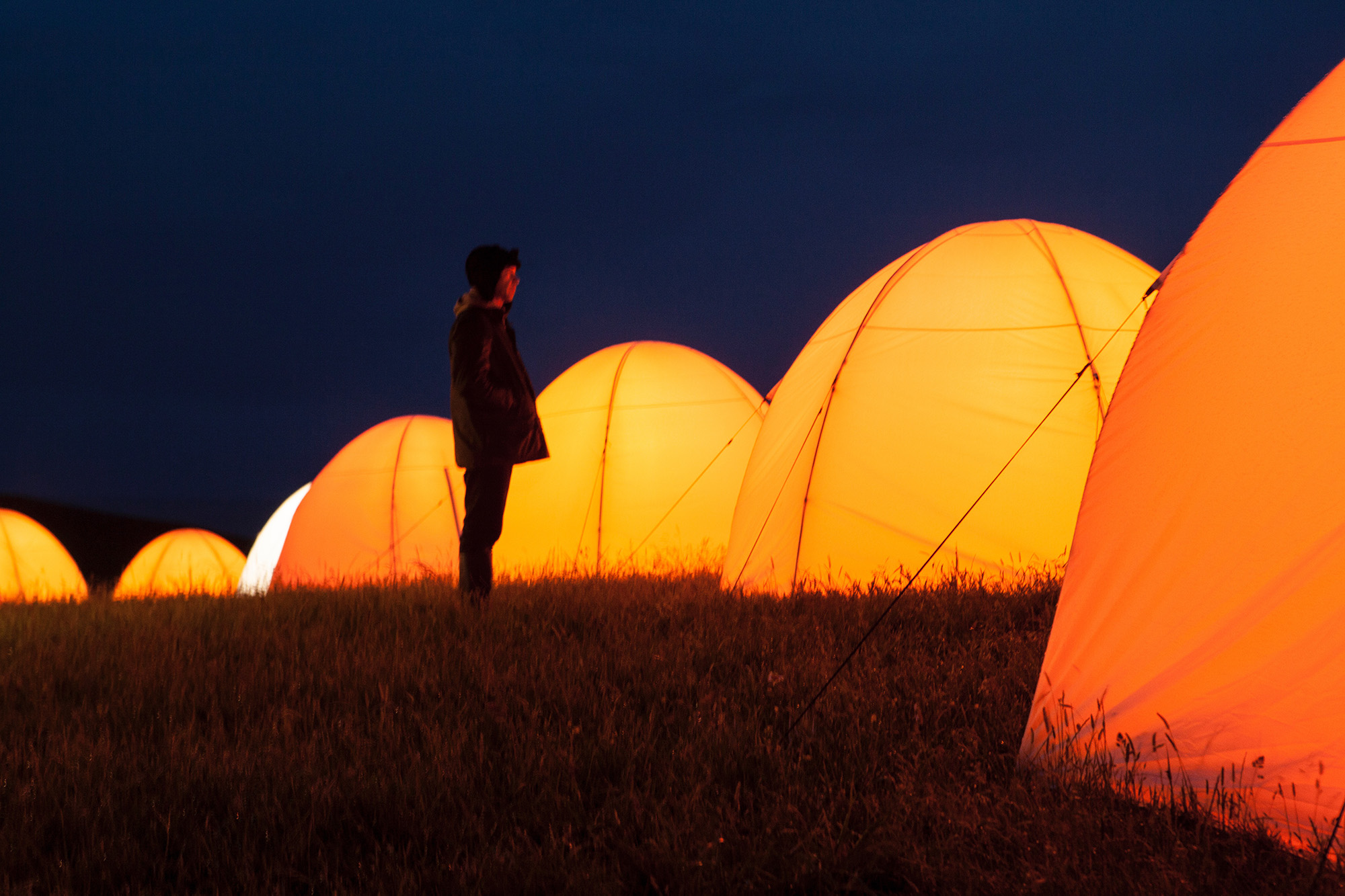 Listen to composer Mel Mercier talk about how the project began 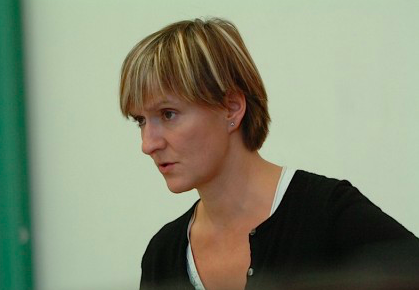 Deborah Warner is one of the UK’s leading theatre and opera directors. Her work has been seen all over the world.

Her previous site-specific installations include The St Pancras Projectand The Tower Project (London) and The Angel Project (Perth and New York). Her and Fiona Shaw’s hugely successful production of T.S. Eliot’s The Waste Land played in unusual and found spaces across the world. In London it was the first live theatre event to take place at Wilton’s Music Hall since the nineteenth century. Her boundary-pushing theatre work includes Mother Courage and Her Children, Richard II, Hedda Gabler, Electra and Happy Days. Deborah has worked with some of the world’s most prestigious Opera companies including the Royal Opera House, ENO, Glyndebourne and La Scala. She has won Olivier, Evening Standard and South Bank Show awards for Direction and Production. 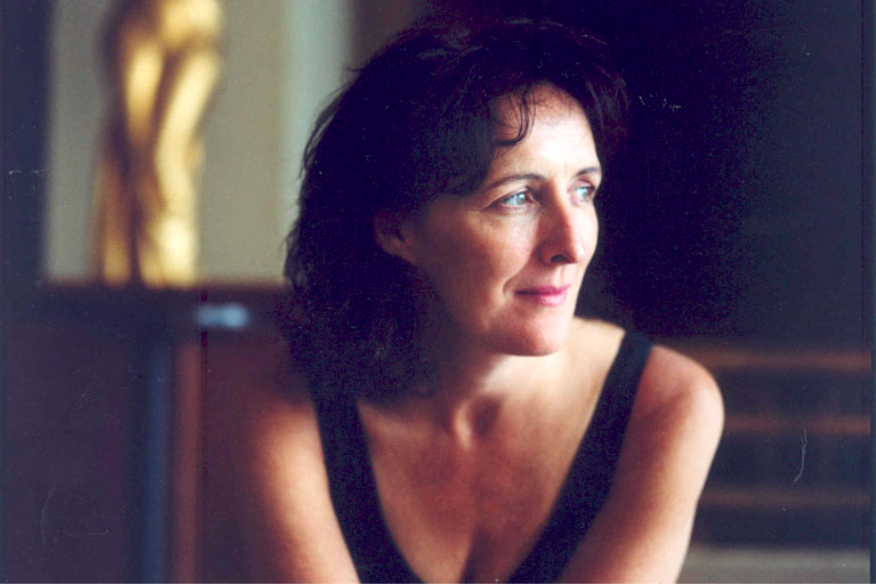 Fiona Shaw is one of the Ireland’s best known actors. Her stage credits include: London Assurance, Mother Courage, Happy Days and Richard II at the National Theatre; Medea in the West End and on Broadway; Electra at the Barbican; Hedda Gabler; and Readings, a poetry show in Paris. Fiona Shaw has received many Olivier and Evening Standard awards for Best Actress including for Machinal at the National Theatre and As You Like It at the Old Vic.

Her extensive film work includes the Harry Potter films, The Tree of Life, My Left Foot, The Butcher Boy, The Black Dahlia and Three Men and a Little Lady. Her television work includes the popular series True Blood.

Fiona has directed opera and theatre including The Marriage of Figaro, Elegy for Young Lovers, and Riders to the Sea, all for ENO.

She holds honorary doctorates from Trinity College Dublin and the National University of Ireland and was awarded a CBE in 2001. 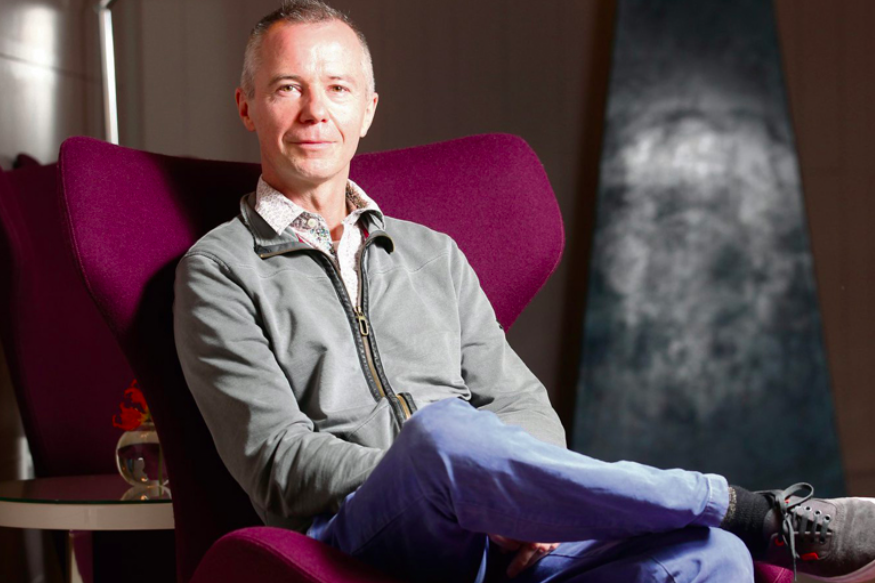 Mel is a composer, performer and teacher. He is the Chair of Performing Arts at the Irish World Academy of Music and Dance, the director of the FUAIM Music at UCC event series and a co-founder of the Cork-based, intercultural music ensemble TRASNA. He is the Director of the UCC Javanese gamelan Nyai Sekar Madu Sari and the project leader on the Henebry/O’Neill wax cylinder digitisation project at UCC.

As a performer, Mel has collaborated with pianist and composer Mícheál Ó Súilleabháin, with John Cage, and with the Merce Cunningham Dance Company (Roaratorio, Inlets, Duets). As a composer he works regularly with Deborah Warner and Fiona Shaw. Mel’s installation work includes From the Sources (2010) at the Glucksman Gallery, University College Cork, which featured simultaneous projections of film footage featuring performances by 100 Irish folk musicians of almost one thousand 17th and 18th century traditional tunes. 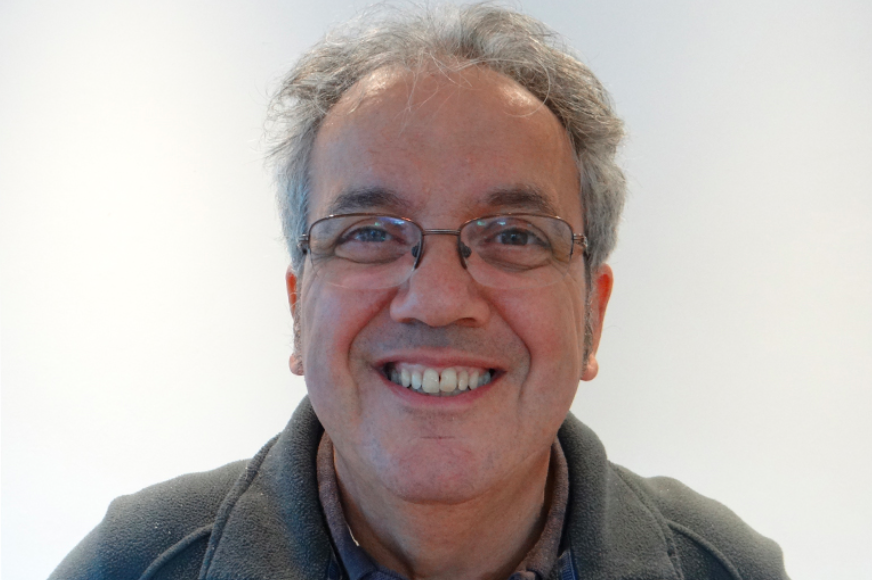 John began his career in sound in London’s West End working on productions such as Jesus Christ Superstar, Billy Liar and Jeeves. He designed the sound for the original Rocky Horror Show and has worked at The Royal Court Theatre, The Royal Exchange Manchester.

John has been Sound Designer for the Royal Edinburgh Military Tattoo for the past 20 years. After working on the Zoria Military Tattoo on Red Square, John was awarded the Kremlin Zoria Gold Plate. He has worked for Royal Families in the UK and abroad including Jordan and Saudi Arabia. His recent work has included working with Pimlico Opera in various prisons around the country with shows such as Les Miserables, West Side Story, and Some Like It Hot.

John previously worked with Artichoke on Hilary Westlake’s Dining with Alice and Crown of Light for Lumiere Durham in 2009, 2011 and 2013. In 2015 he worked on a new projection for the Cathedral, The World Machine. He is currently the sound consultant for Imagination whose major clients include BT, Canon, Rolls-Royce, Ford, and Lincoln. Currently, John is working on a project with Orlando Gough for Messums Wiltshire.

Listen to Mel Mercier talk about making the poetry "sing"

The Peace Camp InTents education project worked with over 400 children and young people from across the UK.

Each school was sent a bell tent and small display of books of love poetry, textiles and installation art – part sponsored by Faber and Faber and Penguin, and chosen by artists and writers working on the project – to inspire students and teachers and to keep as valuable additions to their libraries.

Inspired by the themes of love, language and landscape, the children and young people produced a series of highly original poems and individual artworks to be displayed in their bell tents. From love poems embroidered and cross-stitched onto placards in the style of demonstration banners to glass bottles collaged with love messages accompanied by a lost at sea soundscape, the work produced represents a fascinating portrait of the lives and loves of young people across the UK in 2012.

The schools’ Peace Camp tents went on public exhibition in venues and festivals local to the schools throughout the summer. All the tents then travelled to the South Bank in London where they were displayed together along the riverside as part of National Poetry Day celebrations.

Listen to Mel Mercier talk about composing by day, listening by night 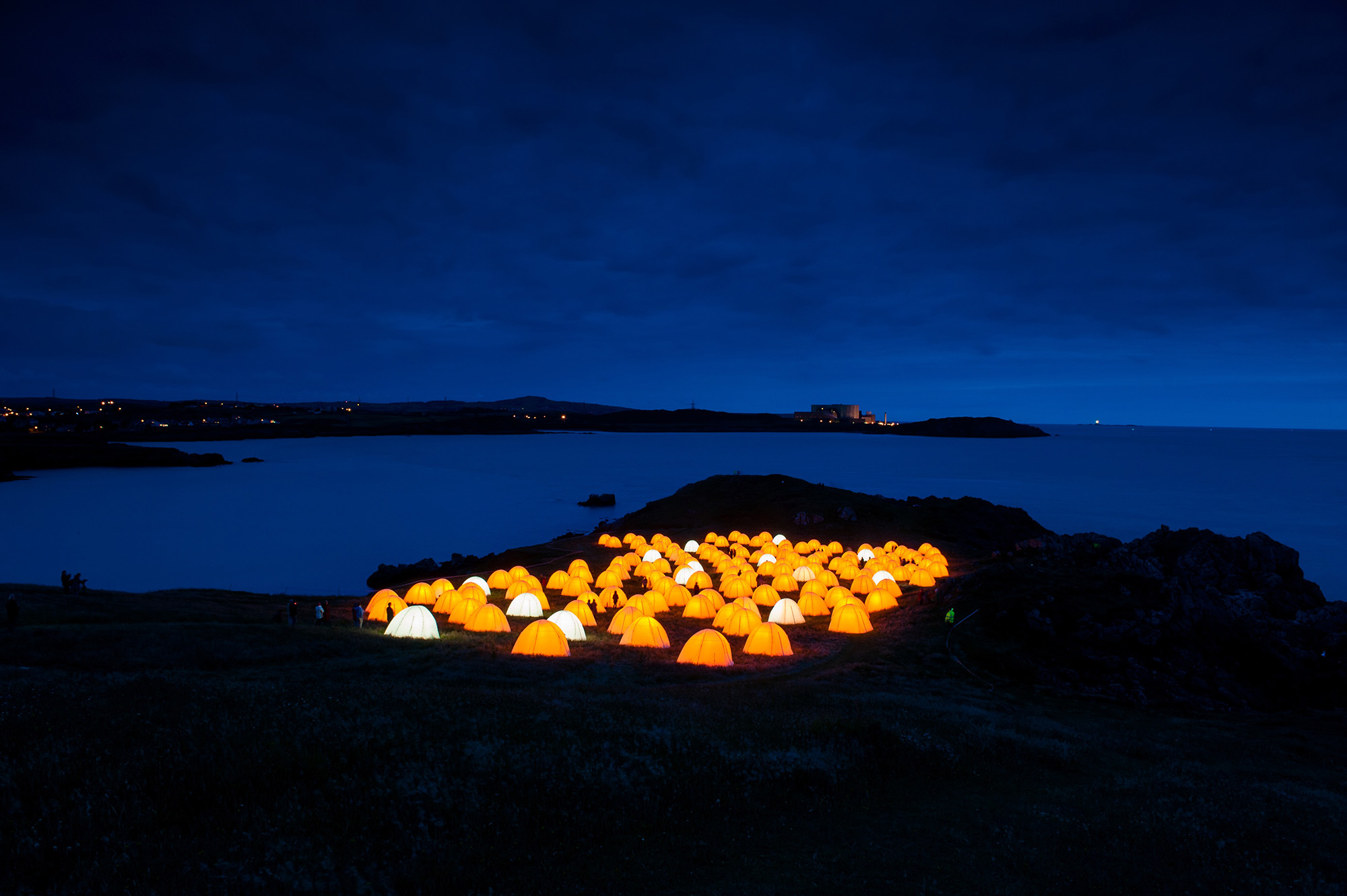 Deborah Warner in collaboration with Fiona Shaw, for London 2012. Soundscape composed and re-edited for broadcast by Mel Mercier. Sound design by John Del’Nero. Produced by Artichoke

Peace Camp was a coastal installation commissioned by the London 2012 festival and Derry~Londonderry UK City of Culture 2013, 19-22 July 2012

I Am No Good At Love, Noel Coward, performed by Angela Lansbury

© NC Aventales, with thanks to The Noel Coward Archive Trust – https://www.noelcoward.com

She Moved Through the Fair, Traditional, performed by Robin Robertson

Death is Smaller Than I Thought, Adrian Mitchell, performed by Jonathan Pryce

O Do Not Love Too Long, William Butler Yeats, performed by Giles King

She Tells Her Love While Half Asleep, Robert Graves, performed by Anne Marie Duff. Reproduced by kind permission of Carcanet Press Ltd., Manchester

When You are Old and Grey, William Butler Yeats, performed by Fiona Shaw and Edna O Brien