The biggest piece of free, outdoor theatre ever seen in London. Over four days, audiences were captivated by the adventures of an enormous mechanical elephant and a giant girl.

It began, and ended with a rocket

Arriving overnight, appearing to have crash-landed into the middle of the road, there were few clues to what was about to happen. A giant girl and a giant elephant had arrived unannounced for four days of adventures across London.

Artichoke had worked in secret for seven years, planning, convincing and cajoling the public authorities to make the project happen. For the first time, streets normally reserved for state occasions or sporting events were taken over by art. At Trafalgar Square, St James’s Park, Horse Guards Parade and Piccadilly, audiences followed the journey of a giant girl and her travelling companions, the Sultan and the Elephant. Along the way they discovered cars that had been ‘sewn’ into tarmac with a giant needle and waved the girl past as she enjoyed a tour atop a red London bus. They were sprayed with water from the Elephant’s trunk. Leaving in the rocket she arrived in after four magical days, the girl finally disappeared in a puff of smoke.

The Sultan’s Elephant changed the landscape for outdoor art forever and catapulted Artichoke into the public eye. 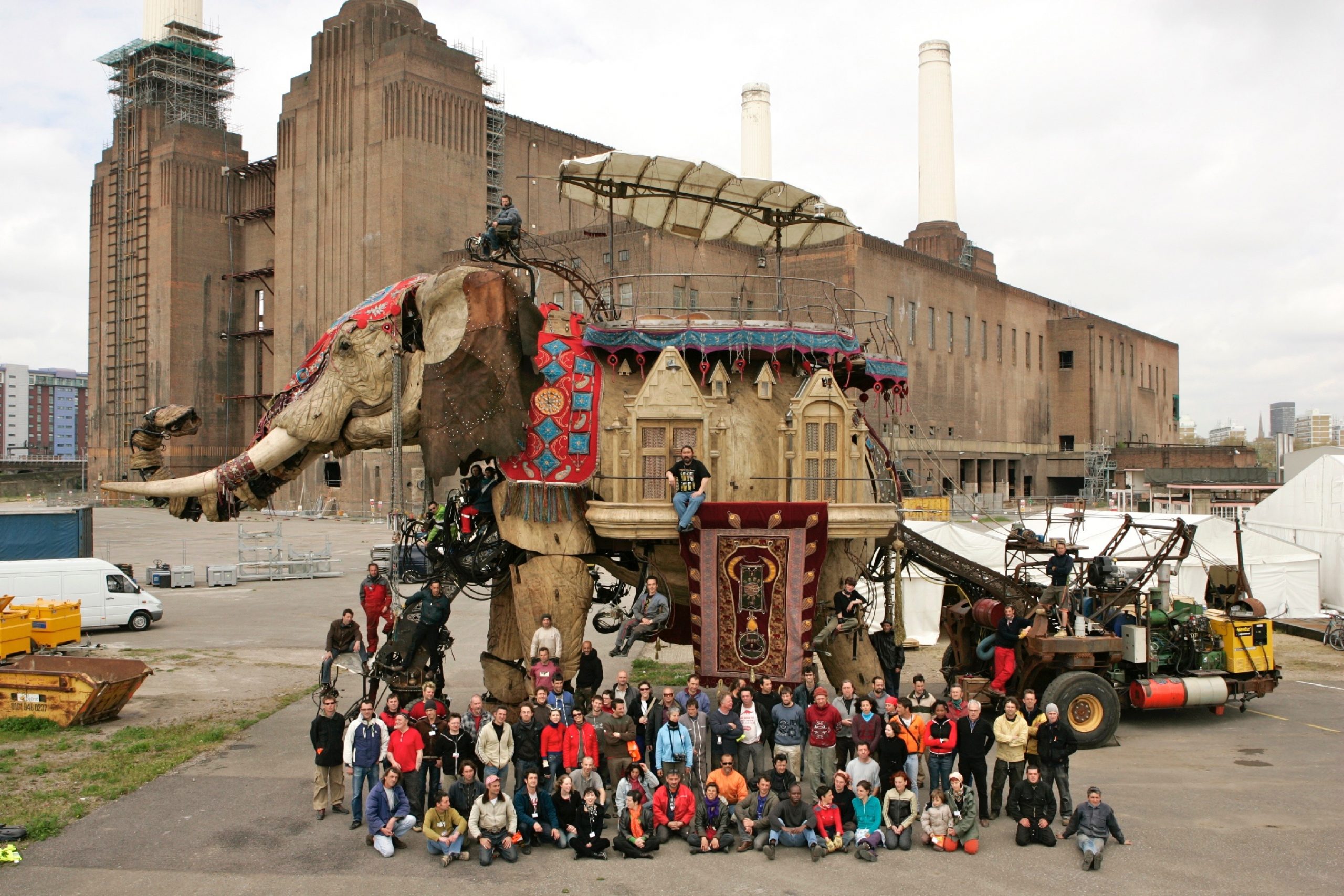 Celebrated for their vast interventions into the life of a city and working with large crews of performers, they often take everyone by surprise as, over a number of days, audiences multiply as they follow some epic saga played out on the city’s streets.

The Sultan’s Elephant, or La visite du sultan des Indes sur son éléphant à voyager dans le temps, was first performed in Nantes in 2005, on the centenary of Jules Verne’s death. This production was commissioned by the cities of Nantes and Amiens and received a special grant from the French Ministry of Culture and Communication. 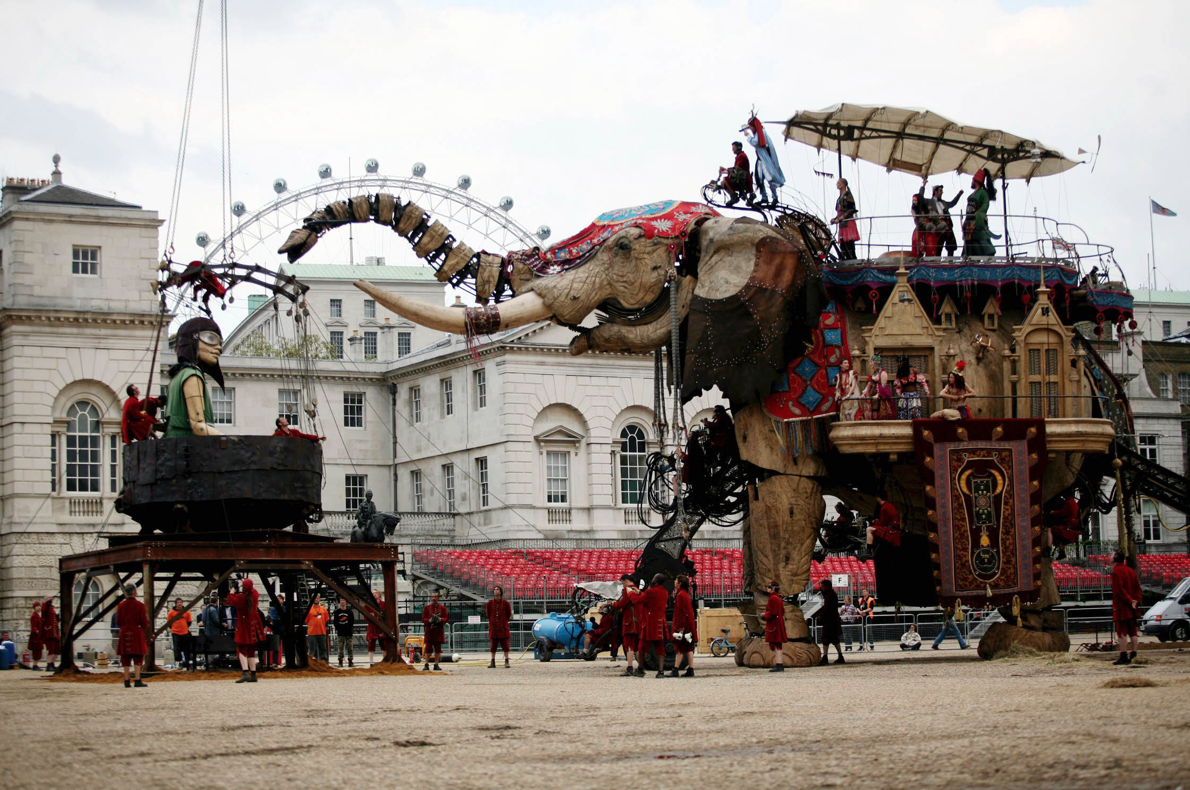 “I have the strangest feeling today, something in between grief and joy, sad that I will never see that beautiful Little Giant or that gargantuan Elephant and happy that I had the privilege to meet them. Thank you for reminding me how to be a child and for realising that cynicism is not a way of life!” 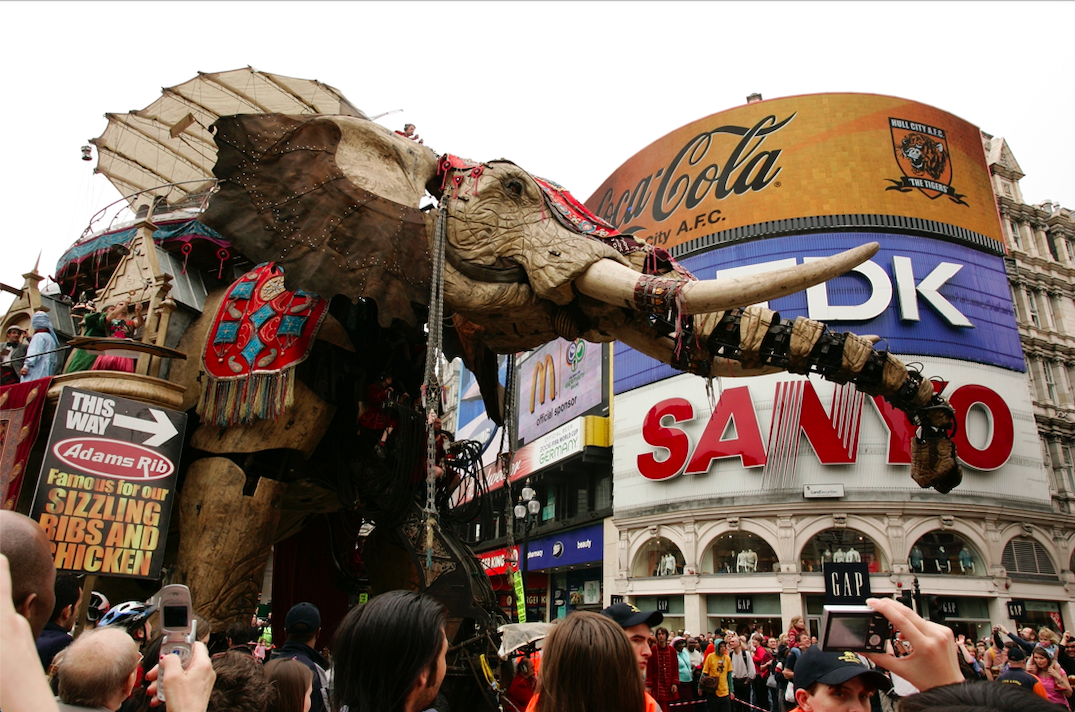 Email to head of the Arts Council

Helen writes an email to the head of Arts Council asking “Do you dream about giants?…” 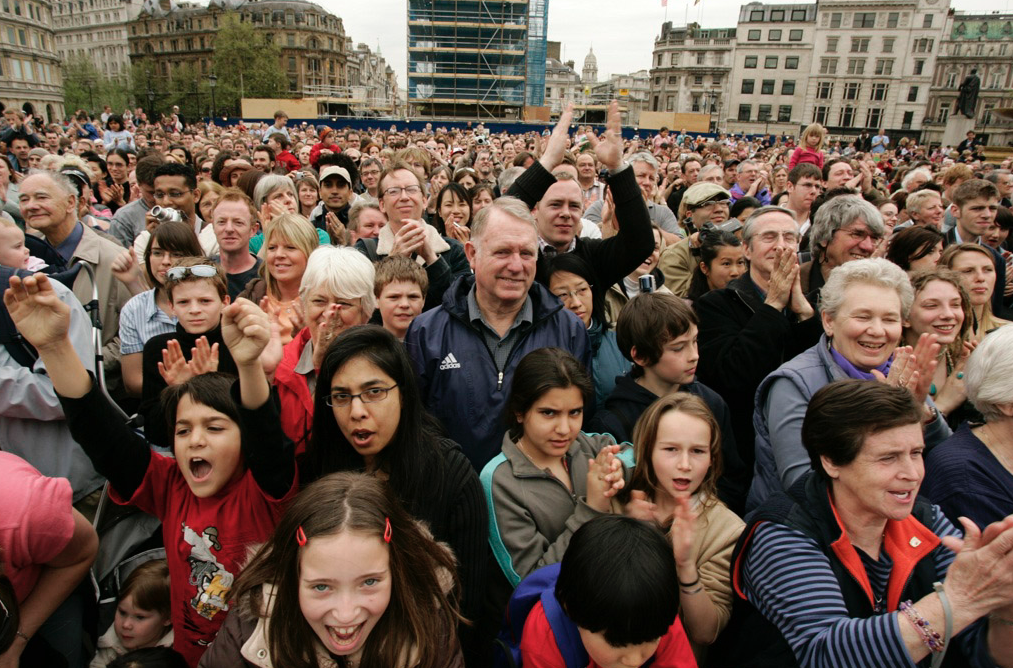 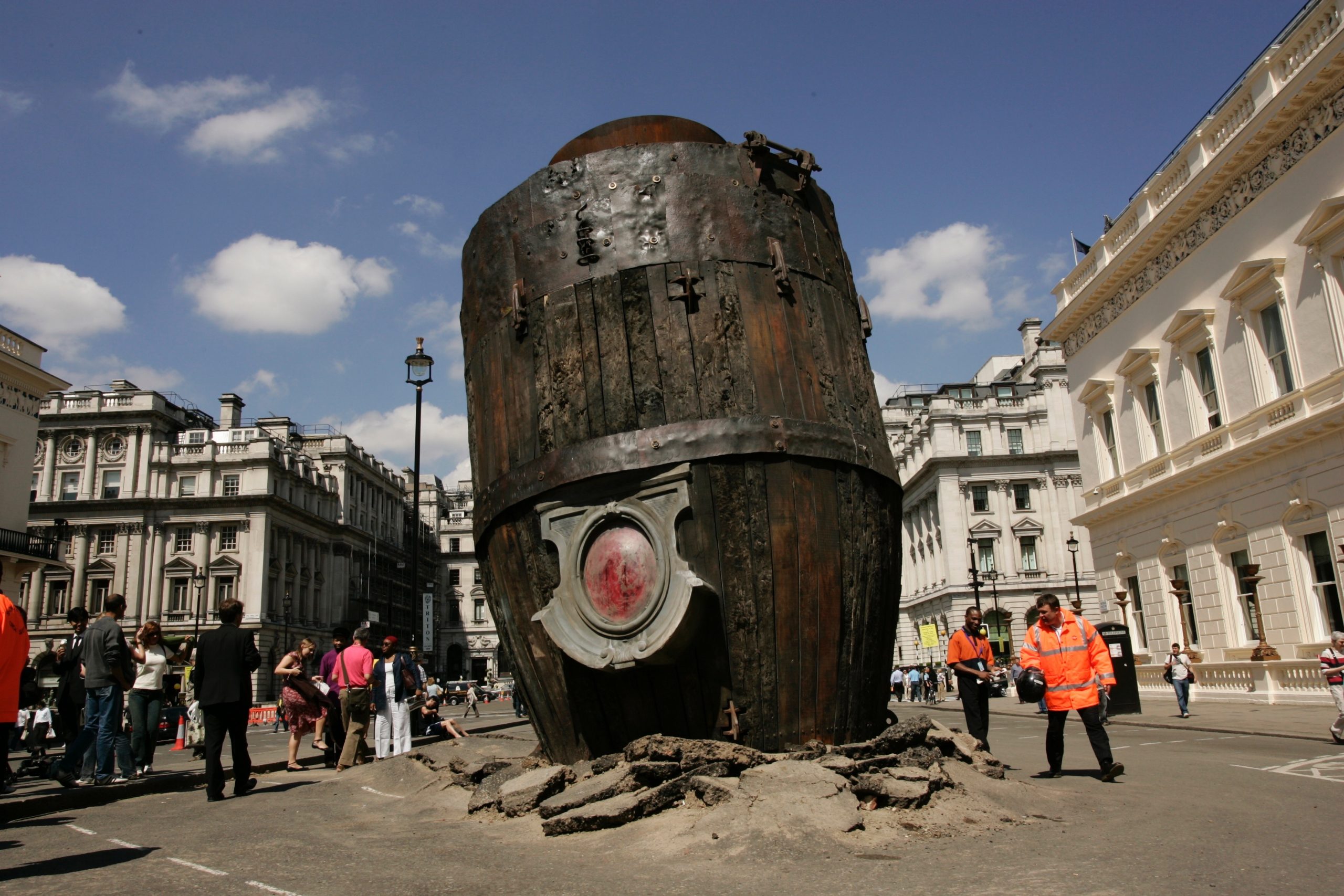 Start writing the funding application for the Arts Council 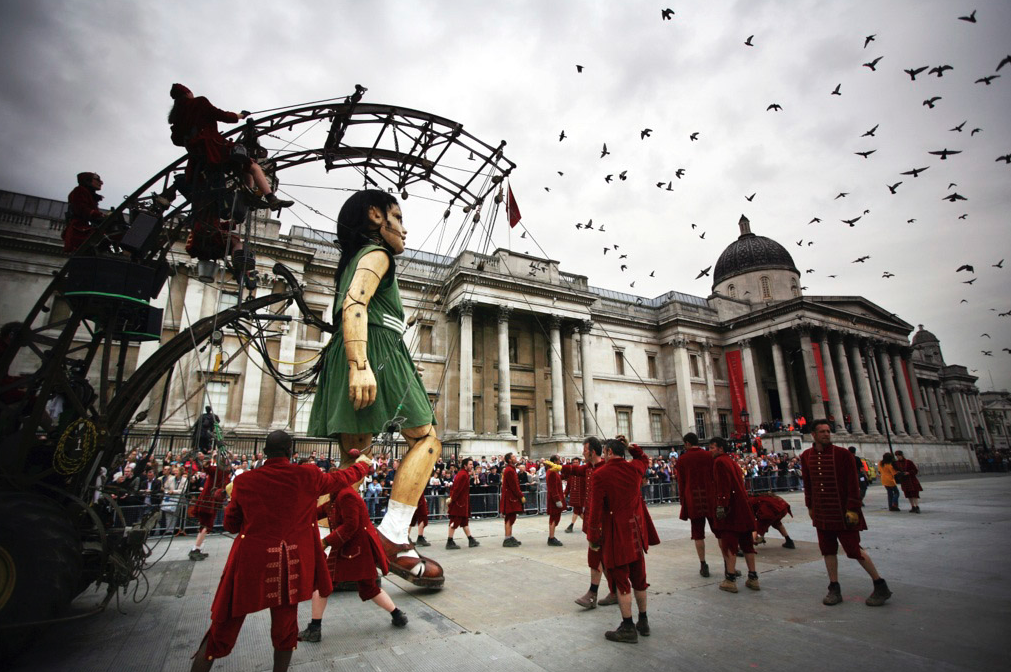 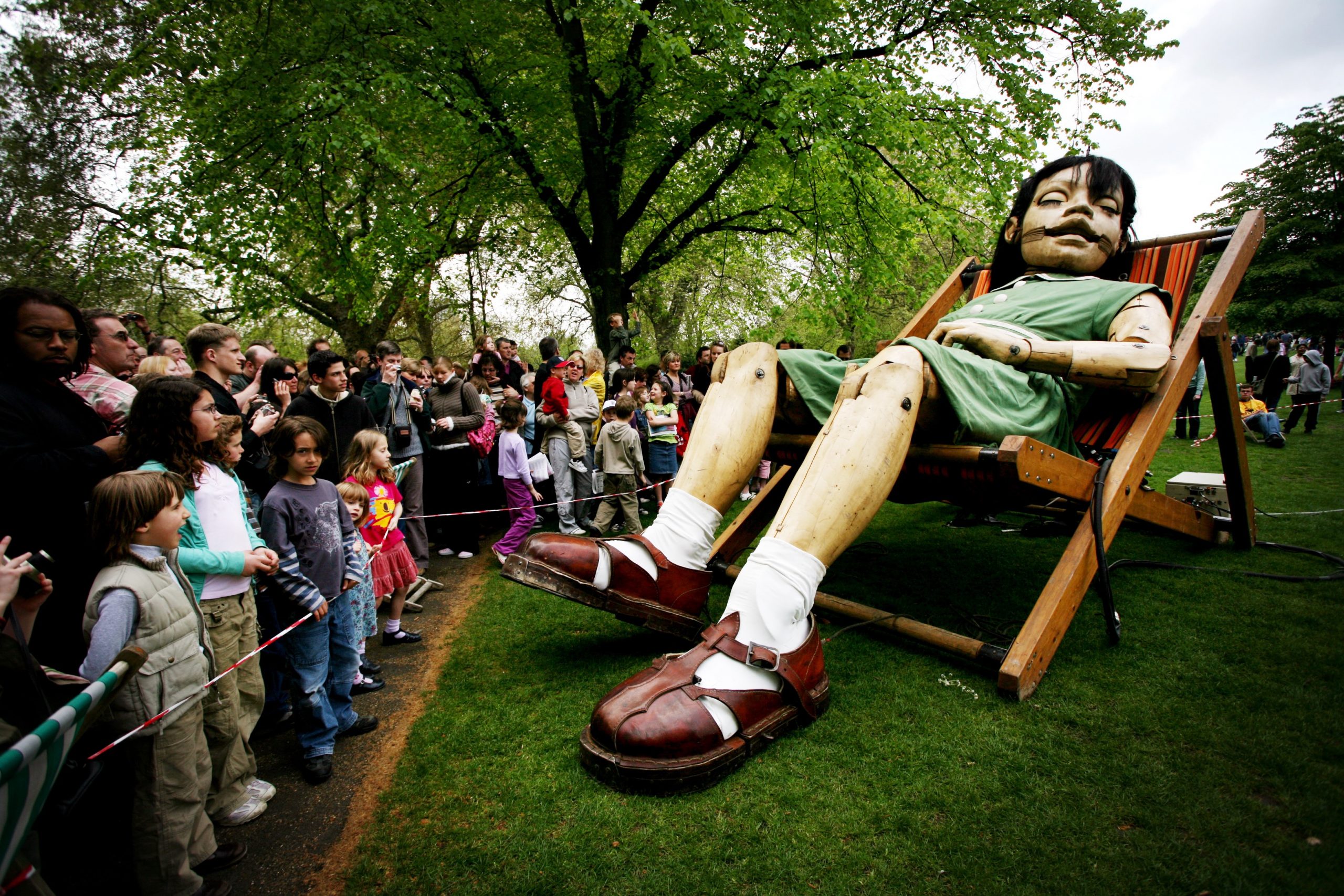 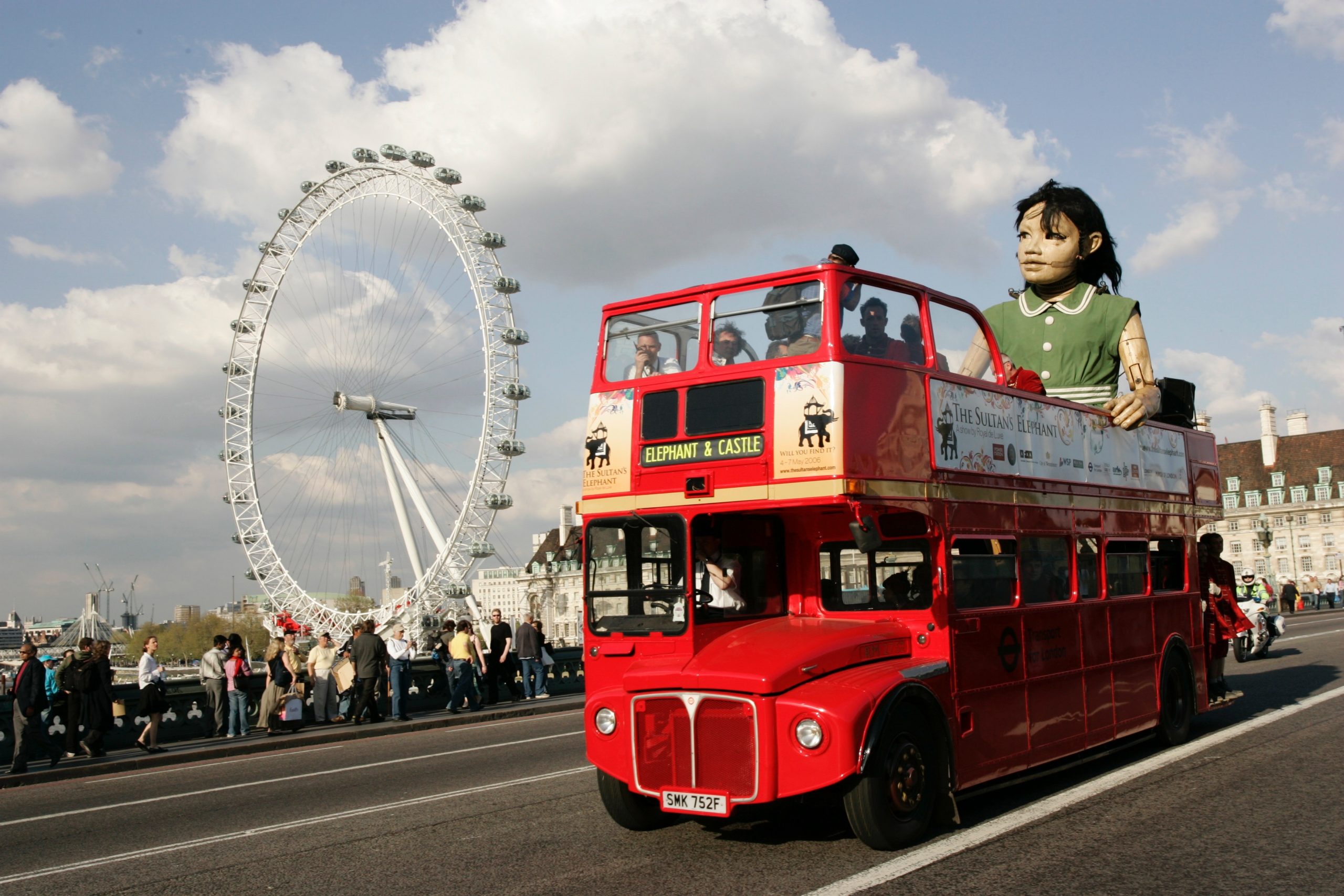 Bought the London Bus for the event 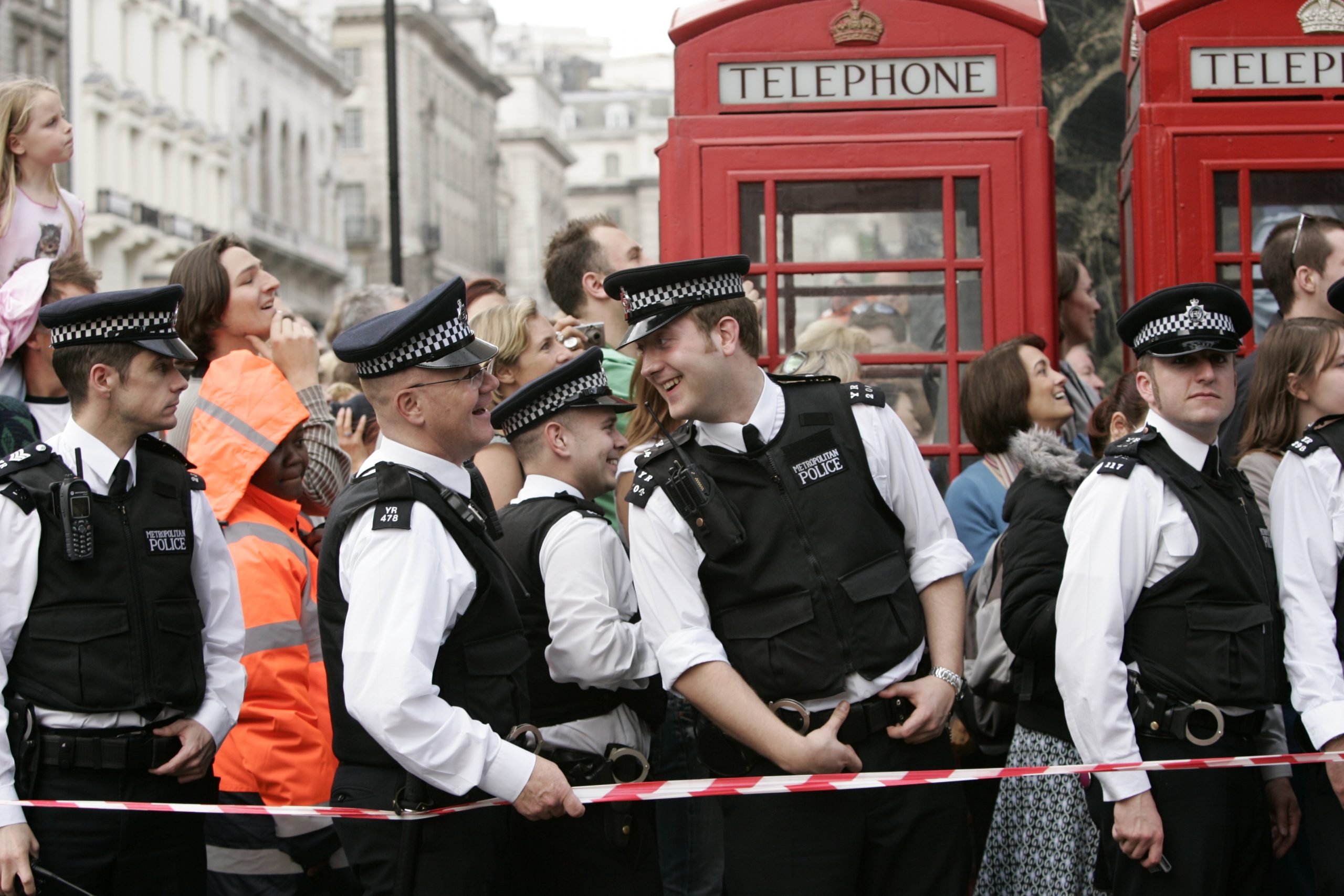 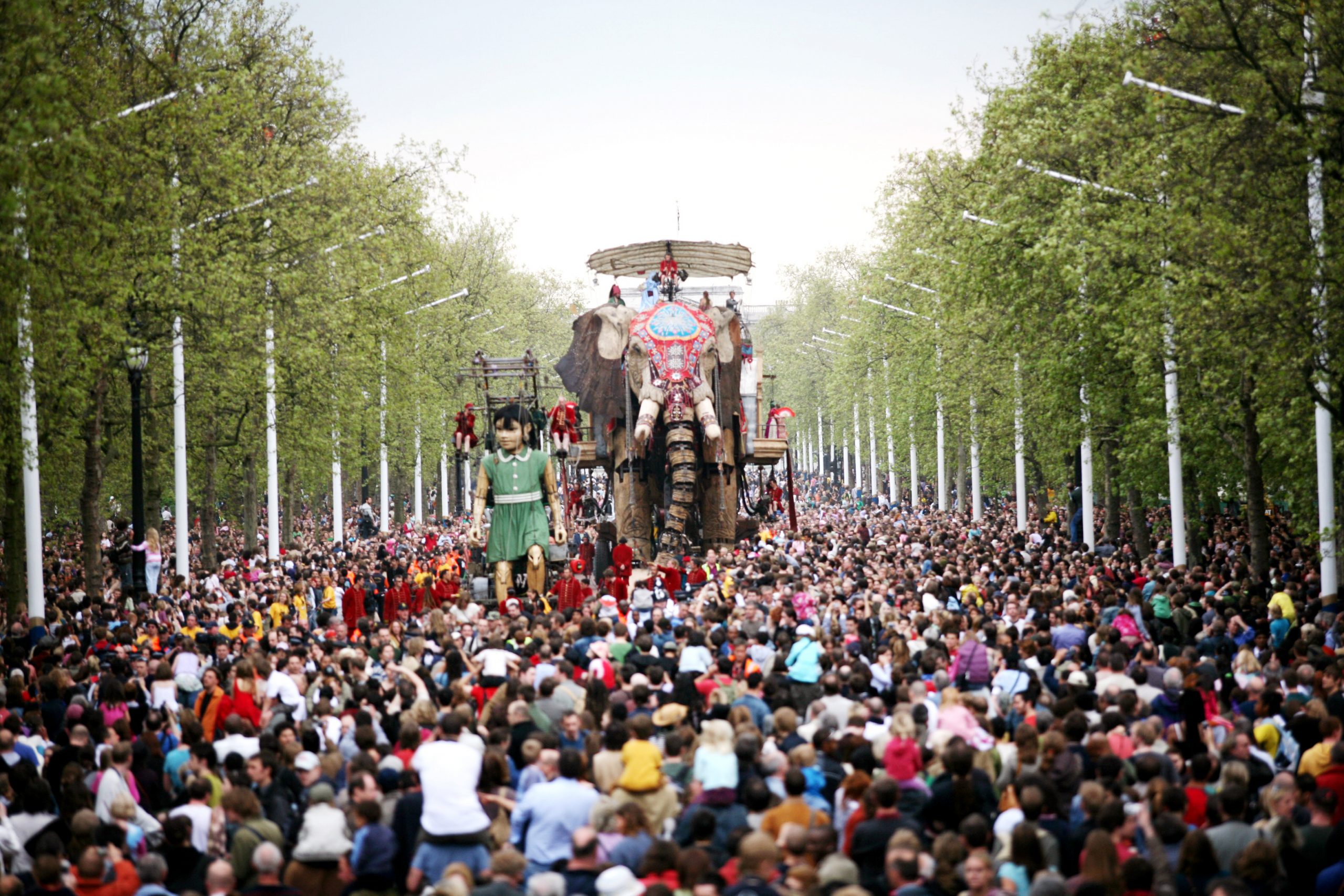 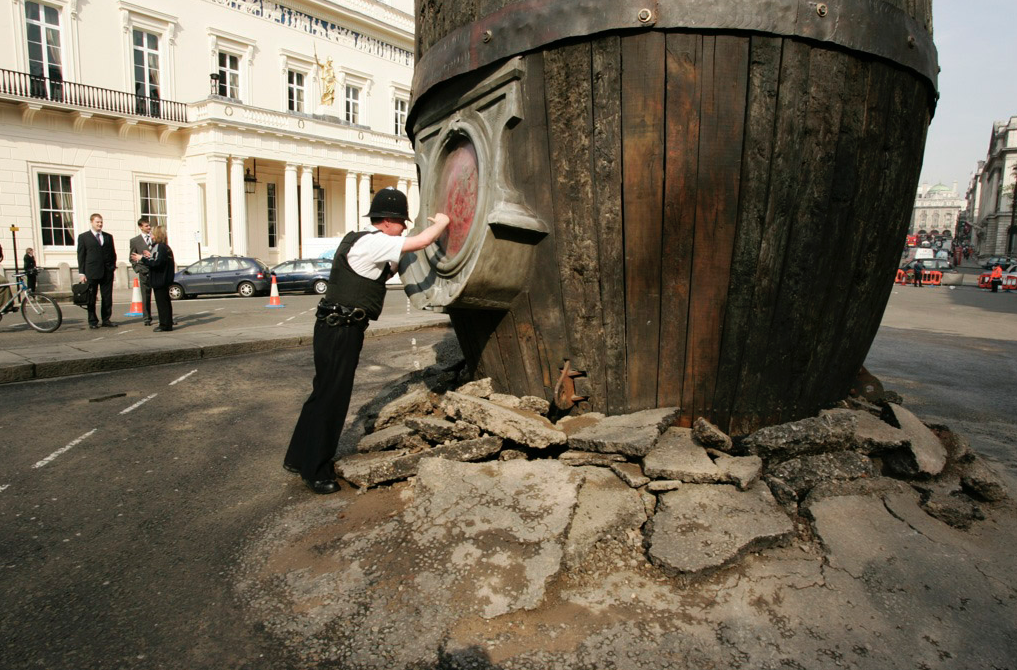 Police retract the bill following the success of the event

Following the success of the company, Artichoke is established.